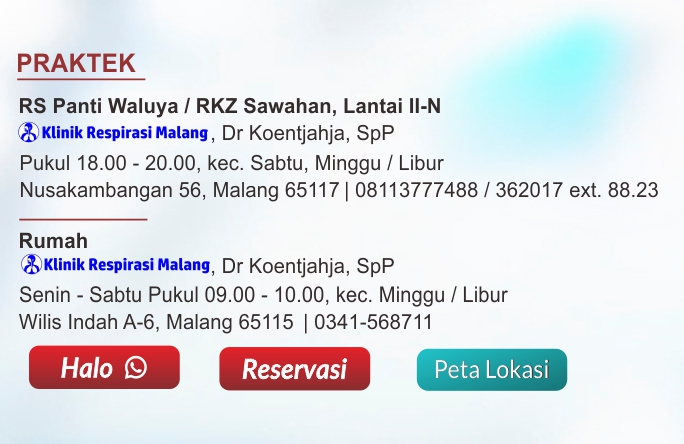 Strategies for the prevention and management of coronavirus disease 2019

Since the outbreak in Wuhan city in December 2019, there has been a surge of newly diagnosed cases with coronavirus disease 2019 (Covid-19) globally. The total number has reached to 101â€Š927 laboratory-confirmed cases as of March 8th, 2020. An increasing number of countries have issued the alert of the highest level.

Covid-19 is caused by infection with severe acute coronavirus 2 (SARS-CoV-2). Healthcare professionals have been confronted with several pressing challenges since the onset of outbreak. In the initial stages, most cases had direct contact with wildlife and human-to-human transmission had not yet been demonstrated. Not all hospitals had been equipped with sufficiently protective resources. Subsequently, the number of cases who had recent contact with people from Wuhan rapidly increased. Several clusters of infected individuals have been documented in cities such as Wuhan and Hong Kong, providing the initial evidence of human-to-human transmission. The rapid transmission (median Ro â‰ˆ3.0) could have resulted from the diverse routes of transmission, the virulence and the susceptibility of the population. An exemplar is the recent outbreak of cases (>1000 out of 3711 passengers) from the Diamond Princess Cruise. Early detection and isolation of cases have been the bedrock for curbing the rapid spread of communicable diseases. Caution should be, however, exercised to promptly identify asymptomatic viral carriers. Additionally, other routes of transmission of SARS-CoV-2 (i.e.Â fomite transmission) might have predisposed to the rapid spread globally. SARS-CoV-2 has been detected in the gastric mucosa, stool, urine and saliva. A press conference was immediately held to disclose the detection and isolation of the live virus from stool specimens to the general public. Improved personal protection and hygiene management at community levels were then officially endorsed to protect the population from infections.

Meanwhile, the medical staff in most hospitals of Hubei province (particularly Wuhan city) suffered from burnout due to the overwhelming workload and the lack of personal protective equipment. This was aggravated by the shortage of medical resources (i.e., oxygen supply, ventilators), and therefore mechanical ventilation could not be timely initiated in all patients who had hypoxemia. Another pressing need was to promptly discriminate patients with Covid-19 from other febrile diseases. Based on the panel of experts of respiratory medicine, microbiology and infectious diseases, and the Chinese Center for Disease Prevention and Control (CDC), the Chinese government promptly informed the public not to travel to Wuhan city, and mandated that the number of cases be reported by all local governments in real-time. The lockdown of Wuhan and several other cities in China has been shown to effectively prevent largescale transmission of cases to other regions. Security checks with body temperature assessment became mandatory for the entry to communities and various public facilities. Mobile cabin hospitals have been constructed within 10â€…days, and more than 60â€Š000 medical staff and resources have been dispatched to Hubei province (particularly Wuhan city), empowering the local hospitals to aggregate and manage the cases. The interagency mechanism that integrates early protection, early identification, early diagnosis, and early isolation has effectively curbed the rapidly growing outbreak.

Development of new technologies are urgently needed for the diagnosis of Covid-19. Most laboratory testing has been based on viral nucleic acids assay. However, conventional laboratory testing techniques have been limited by the low diagnostic performance and the long waiting time. In light that quality control is vital to the confirmation of diagnosis, provision of the reverse transcription polymerase chain reaction assay kits have been made to the provincial hospitals since January 23rd, 2020. Hospital staff have been trained for the techniques to obtain nasopharyngeal swabs with sufficient quality. Hence, samples for confirmatory testing would no longer be mandatory to be submitted to the CDC, which helped to substantially reduce the waiting time. To better empower laboratory testing, the chip-based isothermal amplification analyser which could simultaneously detect 16 respiratory viruses (including SARS-CoV-2) within 45â€…min has been developed. The rapid immunoglobin M assay kit for detecting SARS-CoV-2 with only a drop of blood (âˆ¼10â€…Î¼L) has also been developed, with the results being available within only 15â€…min and online analysis with the smartphone. These novel laboratory testing techniques would greatly facilitate the clinical diagnosis of Covid-19 with greater precision and results accessibility and shortened duration.

At the start of the outbreak there was little knowledge of the origins, clinical presentation or outcomes of Covid-19. Currently, more than 100 articles from China have been published within 3â€…months. The initial reports have revealed the possible origins and the tissue tropism of SARS-CoV-2, the clinical characteristics of patients admitted in Wuhan city, the transmission dynamics of outbreak and the modelling of outbreak. These have been valuable to inform the public the potential of human-to-human transmission. Subsequent reports have documented the clinical characteristics of patients from a nationwide cohort, among the critically ill patients and among those managed outside Wuhan city , the dynamic changes in the radiologic manifestations, and the susceptibility of infants and pregnant women. Thanks to these publications, it becomes clear that nearly half of patients with Covid-19 could be afebrile, that an absence of radiologic abnormality could be found among symptomatic individuals on hospital admission, that lymphopenia, high lactate dehydrogenase and direct bilirubin were prominent laboratory abnormalities, and that vertical transmission was unlikely.

Unfortunately, no targeted therapy existed for SARS-CoV-2 infections. Past experience of SARS and MERS has been used to guide clinical practice. Supportive therapies (i.e.Â oxygen supplementation, antibiotics) have been implemented with modest outcomes. Although several antiviral medications (i.e., remdesivir, chloroquine) have been adopted for compassionate therapy without clear evidence of benefit, and a randomised controlled trial with remdesivir has been initiated (NCT04252664), no results of randomised controlled trials are available. Given the rapid spreading of new cases, it was challenging to organise well-designed clinical trials within such a short time. Hitherto, more than 150 clinical trials have been initiated in China and the government has established regulations to coordinate these trials. While chloroquine appeared to be superior to arbidol in terms of shortening the duration to negative testing of viral RNA, a number of Traditional Chinese Medicines might be promising. The Lianhuaqingwen capsules and Liushen capsules have been shown to inhibit viral replicationÂ in vitroÂ (Yang ZF,Â et al. Unpublished data). A pilot study with convalescent plasma from patients with Covid-19 has revealed promising therapeutic outcomes in terms of rapidly rendering viral RNA testing negative and improving oxygen saturation (Duan K,Â et al. Unpublished data). We have recently identified significant patient-ventilator asynchrony among the critically ill patients, with the underlying causes being unclear. Airway morphologic evaluation with optical coherence tomography (which could probe distal airways up to the 9thÂ generation of bronchi) did not reveal significant airway remodelling (including severe obstructions) (Zhong NS,Â et al. Unpublished data). Subsequent testing revealed markedly increased levels of mucin 1 and mucin 5AC in the sputum aspirated from the trachea. This was concordant with the pathologic findings from autopsy samples, indicating that apart from leucocyte and macrophage infiltration, microvascular infarction, interstitial fibrosis, the most defining characteristics of Covid-19 is mucus staggering in the bronchioles and alveoli . Therapies that target at airway humidification and suppression of mucin secretion might help improve clinical outcomes. In light of the significantly decreased airway resistance and safety, inhalation of hydrogen and oxygen mixed gas which is generated through water electrolysis has been applied in clinical practice. Hydrogen/oxygen mixed gas inhalation resulted in a major amelioration of dyspnea in most patients with Covid-19 in a pilot investigation, and has therefore been endorsed by the latestÂ Recommendation for the Diagnosis and Management of Covid-19Â document.

From the public health standpoint, disease control would benefit from the derivation of an accurate prediction model that, unlike previously published models, takes into account the impact of governmental interventions, the diversity of human-to-human transmission, and the massive domestic migration around the Spring Festival. Few models exist that could be adapted to the conditions within mainland China well. The latest modified susceptible-exposed-infectious-removed and artificial intelligence predictive model has successfully heralded the trend of changes according to the Chinese official daily announcement . Importantly, the model accurately predicted the changes inside and outside Wuhan city and Hubei province. Therefore, newly developed prediction models of the Covid-19 outbreak need to be adapted to the local conditions.

Despite the rapidly accumulating knowledge, there remain many unanswered questions that await further investigations. These included the precise routes of transmission, the host tropisms, viral load dynamics, host defense responses, and the optimal therapeutic management for Covid-19. Recently, we have identified some patients with a relapse of positive viral RNA findings when discharged home. Although these patients were unlikely to have experienced a relapse of Covid-19 possibly because of the development of serologic antibodies, it remains to be determined whether they are sources of transmission or should be quarantined. As the outbreak is rapidly spreading globally, we hope that our experience would help inform medical staff and contribute to the effective control of outbreak worldwide.